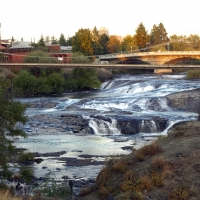 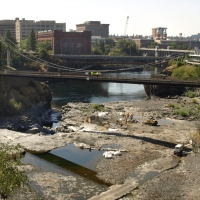 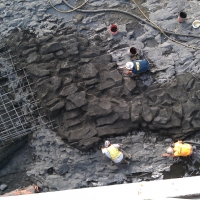 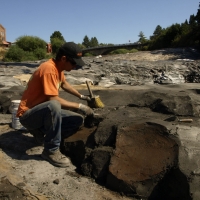 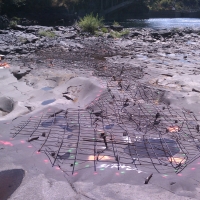 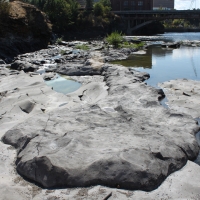 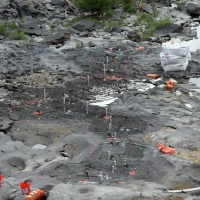 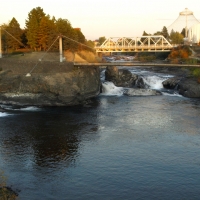 A section of the Spokane River, known as the North Channel, flowing through downtown Spokane’s Riverfront Park was historically dry and unattractive due to industrial activity on the early 1900's. River water was confined to man made trenches carved into the bedrock of the riverbed. In summer, the water was barely viewable to pedestrians, businesses and residents. The channel was devoid of aquatic life due to the degraded habitat. Avista Utilities, developed a viable strategy to modify the North Channel and restore the beauty of the falls.

Avista retained Land Expressions to conduct a pilot test by filling the man-made trenches and with temporary weirs to spread water over more of the riverbed. The pilot test was considered a success. Land Expressions and TD&H Engineers were retained to design permanent weirs of artificial rock and mimic the results of the pilot test. Construction and Bid documents were completed within seven months.

Land Expressions was awarded the construction through the competitive bid process. Sixteen weeks later, the project was complete and successful on all counts. Habitat was restored, generation of hydroelectric power was unaffected and the public is enjoying a beautiful river channel.